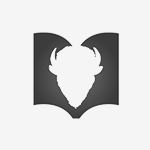 The Old Library
Helena's Library is one of "firsts." Originally located in the Whitlach Building on Last Chance Gulch, the Lewis & Clark Library was the first library in the state, opened before Montana became a territory.

The Library was originally a subscription library: Colonel Wilbur F. Sanders, J.W. Whitlach, and Ben Stickner Jr., solicited subscriptions, drafted a constitution, and set up the Library four years after gold was discovered on Last Chance Gulch. Fire destroyed the Library and its contents in 1874 but was quickly reestablished.

The Helena Library functioned as a subscription library until Helena citizens voted to found the Helena Public Library as a free library in 1886. The "new" Library opened on August 7, 1886, in the Murphy Block, becoming the first free public library in Montana Territory.

Library Growth
The Helena Public Library quickly outgrew its location and in 1892 relocated to a building adjacent to the city auditorium on Seventh Avenue and Warren.

Growth again dictated a need to relocate and on June 29, 1933, the Unitarian Church very generously donated their building on Park and Lawrence to the City for use as a free public library. The Library quickly settled into its new home in what is now the Grandstreet Theater, where it remained until more space and modifications were needed.

New Library in 1976
The Library has been housed in its current location, near the south end of the Walking Mall, since 1976. The new facility, constructed in 1975 - 1976, marked a new era in the history of the oldest library in Montana. The current structure was designed with growth and expansion of future technology in mind.

In the mid-1970s, the Helena Public Library was renamed the Lewis & Clark Library and became a joint city/county library adding branches in Lincoln and Augusta. The branch library in Lincoln was expanded in 1989 to accommodate growth in that community.

Voters again approved a mill levy to expand their Library in 2000. A third branch library was added in East Helena at the East Valley Middle School in 2001.

After Remodel
The facility in Helena was remodeled during 2003 - 2004 to accommodate changes in technology, an expanding collection, and the ever increasing demands for library services. The newly remodeled facility on Last Chance Gulch meets the needs of nearly 30,000 users a month through:
The café-style lobby, complete with coffee kiosk, is the focal point of the remodel.

The remodel also included a public computer lab for individual use as well as a classroom setting so that staff can offer a multitude of free computer classes for the public. Children's computers are located in a separate space with kid-friendly tables and chairs, age-appropriate games, and no Internet access.

In 2005, with the help of the Lewis & Clark Library Foundation, the Ambrose Reading Room was dedicated on the second floor. This area offers Wi-Fi service and is used to host public programs and musicians in addition to being a peaceful and cozy place to check out the current news or latest bestseller.

The branch libraries in Lincoln and Augusta also received a makeover in 2005. Both branches received new paint, new flooring, as well as a shelving remodel to accommodate expansion in both of those communities.

On May 12, 2010, Lewis and Clark County Commission Chair Mike Murray and Commissioners Andy Hunthausen and Derek Brown commemorated the completion of a 1,008 square foot addition to the Lewis & Clark Library Lincoln Branch with a formal dedication and ribbon cutting. The expansion was done to address a lack of space for increased usage of the Branch. Program attendance at the Lincoln Branch had increased dramatically and the original facility was no longer large enough to accommodate everyone wishing to attend programs at the Library.

In accordance with the Library’s mission to provide the best possible services and materials for informational, educational, cultural or recreational use by the community, your Lewis & Clark Library introduced its fourth branch library in the fall of 2012 with the introduction of the Bookmobile. The Bookmobile travels the county providing essential library services to members of our community who would otherwise not have access to the Library.